My alarm rang out sharp in that misty six o'clock silence and, having my sleep ruthlessly pierced through, I woke up grouchy that Sunday morning.

Mood contrasting the lightening sky and teeth still fuzzy, I freshened up for what I knew was going to be an exhausting day.

After an hour of ablutions, I was ready to leave, banana in my hand and my mother beside me. She was part of the setting-up of the initiative, and when asked if I wanted to come, my answer was a resounding yes. I had gone for the very first geo-tagging, which had been a pilot project.

Having incorporated the learnings from that, this was to be the third, and hopefully the last round of geo-tagging.

The metro ride to the team rendezvous was a long one. My legs ached when I thought back to that first day, and yet I was strangely excited.

The team for the day gathered at a local breakfast, and over food I greeted those I knew and spoke to the ones I didn't. They were all passionate adults: open-minded and certainly good role models. I never felt out of place in the group despite being three times younger than practically everybody else!

I befriended Kobita, an adventurous nature lover almost instantly and we spent the breakfast getting to know each other. Stepping out of the restaurant, we almost unanimously decided the two of us would form a team and as the morning was reaching its peak brightness, I looked forward to what the day had to offer.

Kobita and I travelled to the banyan stretch in her car. We talked about everything under the rising sun. She told me why the banyans we were going to tag were so important.

The Chevella banyans, over a century old have been a defining feature of the Hyderabad-Vikarabad Highway for longer than anyone can remember. There was a time when large imposing trees stood like sentinels on practically every highway, but now there are few roads carrying even a fraction of that glory. The trees lining this road numbered in the thousands, each one old and mature, carrying its own fragile ecosystem.

The ride flew by.

Having participated in the first geo-tagging, I was well aware of the proceedings and how they were to be executed.

We followed the GPS to the last tree the previous group had tagged, and getting down from the car, I saw my first banyan of the day. It was massive, thrice my height at a sailor's glance, one branch splitting into a dozen twigs. 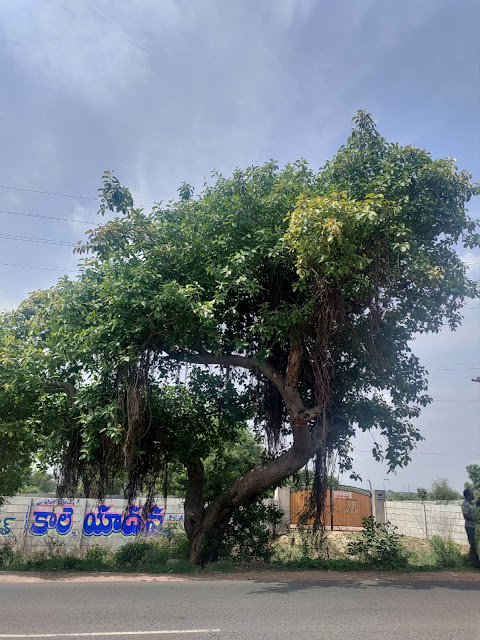 As always, I felt something unfathomable looking at those ancient trees, those primordial hands forever reaching to an empty sky. The prop roots, a characteristic of the banyans, dropped down in a multitude of sizes, some twisted wooden noodles, and others like secondary trees.

Our group gathered in front of the tree and those who had attended before, my mother and I included, explained to the others—there were thirteen of us—the fundamentals of geo-tagging and why we were doing it.

To widen the road and space out vehicular transit on the Highway, the NHAI (the National Highway Association of India) had decided to translocate or cut the banyans down. More importantly, citing that the NHAI would fell them anyway, malevolent citizens had started setting fire to the banyans, so they could be brought down, shattering the delicate ecological balance they brought to the land around them.

Through the geo-tagging and documentation, our group was attempting to capture details of all the banyans lining the Highway in order to hold the Telangana Forest Department accountable for their destruction.

The process we followed had been systematised since the pilot project I’d been a part of. First, the coordinates of the tree were saved, down to at least four metres of accuracy. Photographs of the trees were to be taken from multiple angles, while health details, burn marks and other identifying features were observed and recorded. The few pictures capture as much of the tree in as much detail as possible.

After making sure everybody understood the process, we began. Eight groups took different stretches along the sides of the road, covering the maximum amount of terrain.

Each two-member team had one photographer and one location-tagger working on a single tree at once. Kobita and I finished our first tree at around ten o'clock.

I, for the most part, worked as the photographer, going deep into the foliage and crossing roads to capture the tree from the best angles, while Kobita handily geo-tagged their locations. Two hours later, the early wisps of the morning gave way to the pounding afternoon sun and we finished our final tree of the morning. Our stomachs were grumbling and after meeting up with the rest and an hour's lunch, we resumed tagging. No matter how many times I saw a banyan that day, a hundred, two hundred, the breadth of even a single tree's splendor never failed to take my breath away. With the summer season at its end, nearly every day was punctuated with rains and that day was no exception. 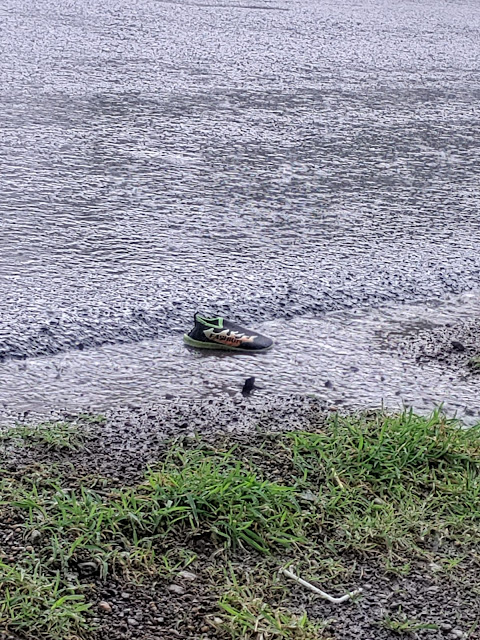 Despite the pouring rain, the banyans provided a surprisingly effective shelter from the rumbling storm. The weather cleared up, and a few minutes later the sun peeked through the clouds like nothing had ever happened.

The storm really was the trigger that day for the nature all around us to truly bloom. 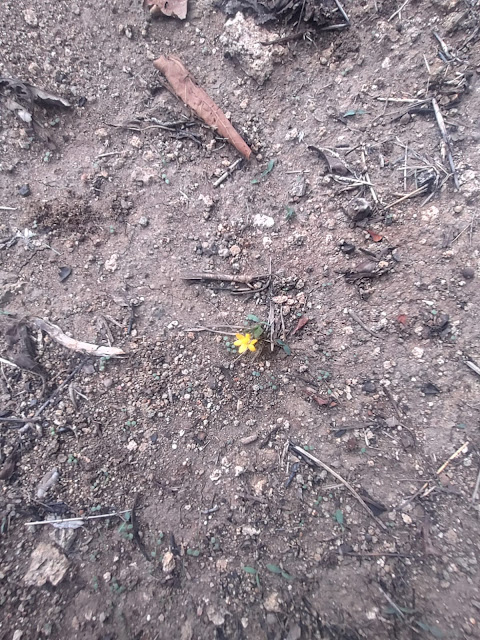 Spending all day with the banyans, I realised anew why it is considered a keystone species. The death of a banyan condemns the ecosystem around it. Each supports so many different varieties of birds, insects, small mammals and an assortment of flora dependent on it for survival.

After the rains we worked nearly nonstop till five o'clock.

We saw gulmohars, various flowers and even a peacock on a cell tower! 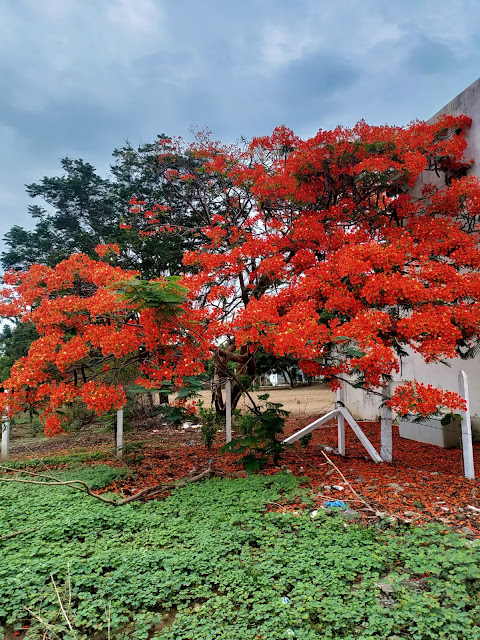 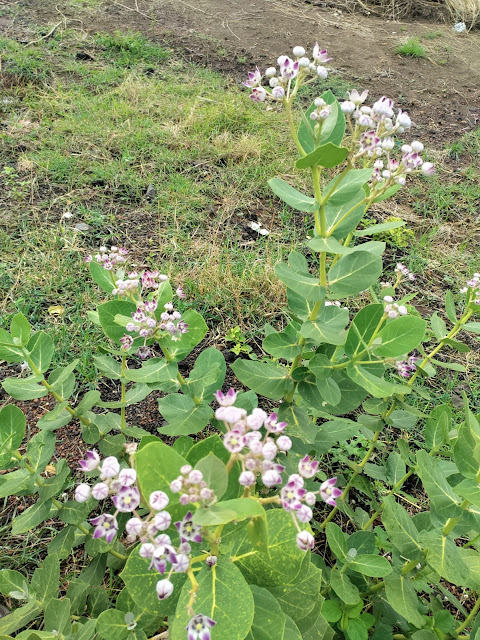 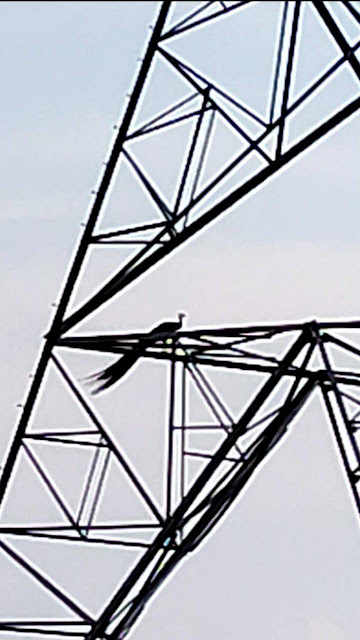 Just like I'd thought in the morning, it was hard gritty work under the sun. But with merry teammates and a penchant for exploration, the second go was even more enjoyable than the first.

In the end, over nine hours after I'd set out from home, we all gathered at the end of the banyan stretch to celebrate.

We had covered more than 17 kilometres in a single day.

The ride back home felt almost as long as the day. I hadn't been as tired as I was in a long time. But when I looked up at the waning crescent moon struggling to get its beams to earth, and thought of the banyans, eternally reaching out to the sky, I felt content. It wasn't an unfathomable feeling.

It was the feeling of knowing you had made a difference.

The Nature Lovers of Hyderabad have been have been working for over three years to save the Banyans of Chevella. If you would like to support the campaign, please sign this petition www.change.org/SaveChevellaBanyans 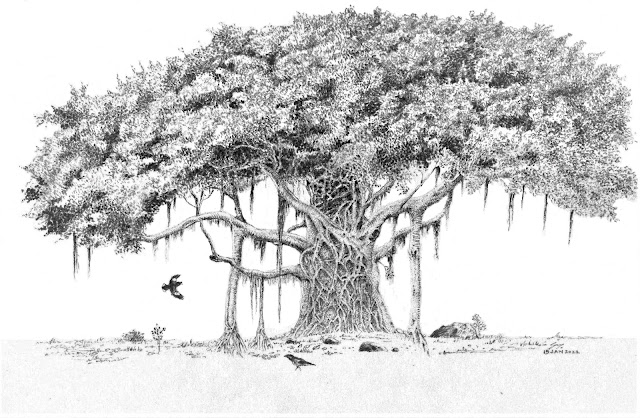 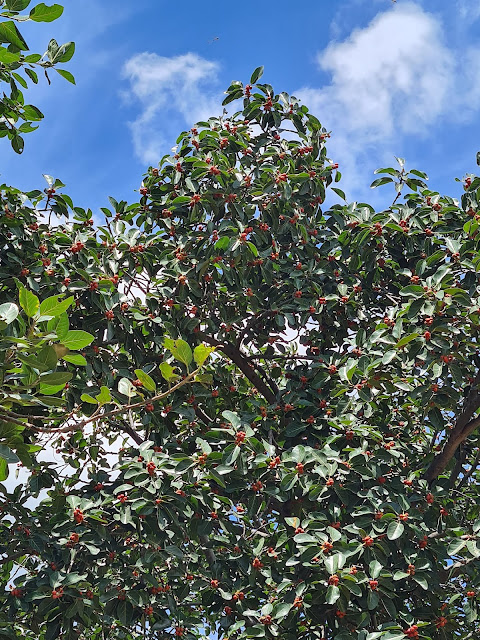